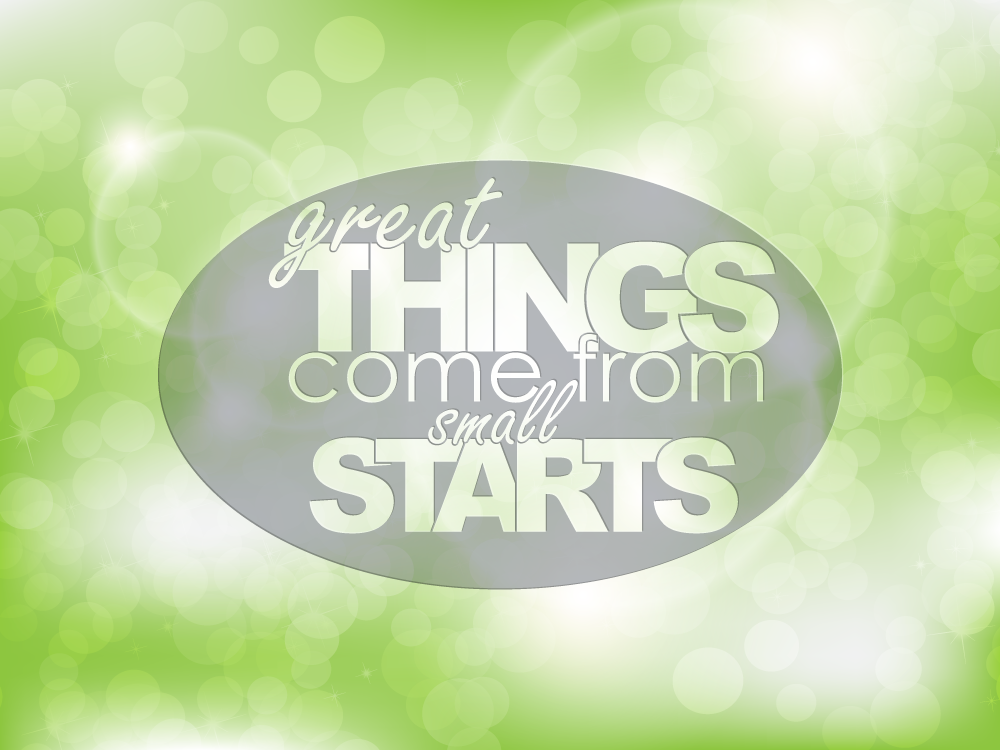 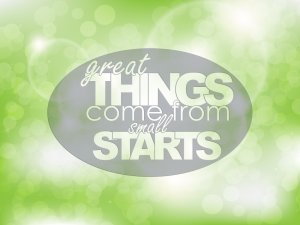 As we head towards the end of January I wonder how many New Year’s resolutions have already fallen by the wayside?

Making resolutions isn’t necessarily a bad thing. What makes them unsustainable is that we want to change too much too soon. I was speaking to a friend who confessed her resolution to give up sugar had survived for less than 2 days.

Why should a positive change be so hard to stick to? Because it’s too big. In the sugar example there are lots of things to think about. Sugar is in a lot of food stuffs. In order to give it up you need to prepare, organise and plan what you are going to eat. You need to consider what happens if you go out to eat or if someone invites you over for dinner? You need to know all the foods that have sugar hidden within them. Making a change is often more complicated than we initially think.

So if you are one of the people that are already mourning the untimely departure of your resolution I want to challenge you to start thinking small. Instead of focusing on the end goal think about the smallest change you can make instead.

What is the one thing you can do to begin to work towards your ultimate goal? It may be cutting out that teaspoon of sugar in your coffee or having one night a week that is alcohol free. Build on success. Every small step you take is a step towards accomplishing your objective. It’s rare that success is instant. Instead it is a series of small steps and sometimes we may even take a few steps backwards but that’s fine just keep your eye on the goal and learn from your mistakes.

So as we look forward to the year ahead think about the changes you would like to make and what you can do to make the smallest change possible.

ALL WORK IS UNDERTAKEN TO THE STANDARDS AND ETHICS REQUIRED BY THE NATIONAL COUNCIL FOR HYPNOTHERAPY.
COPYRIGHT © 2020 SUNRAY COGNITIVE HYPNOTHERAPY.